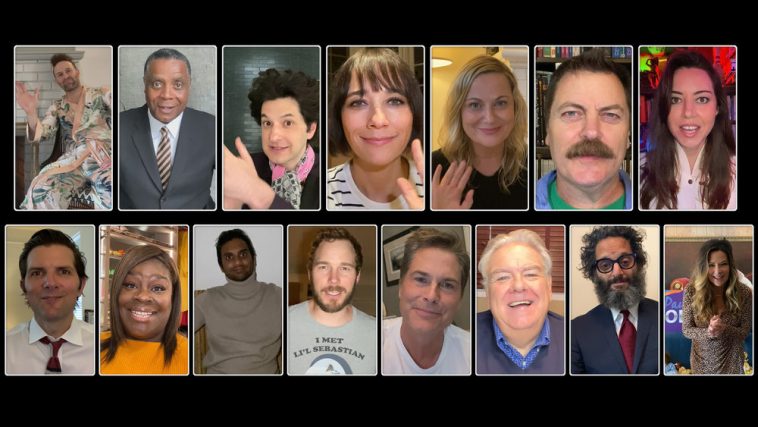 The scripted “A Parks and Recreation Special” fared well in the key adults 18-49 demographic.

The overall viewership total was modest, but the adults 18-49 rating was the best posted by a network program Thursday night. “Parks” also won in adults 18-34 but took second behind “Young Sheldon” among adults 25-54.

Thursday’s special found the core characters – and numerous popular recurring faces – connecting via video chat amid the Coronavirus pandemic. The scripted special functioned as a benefit for Feeding America.

NBC led into the special with a Paley Center salute to “Parks,” which drew a solid 1.0 demo rating and 3.38 million viewer mark. It followed the scripted “Parks” broadcast with an encore of the “Council of Dads” premiere (0.4, 1.82 million) and then a new installment of the drama (0.3, 2.01 million).

council of dadsnbcparks and recreation