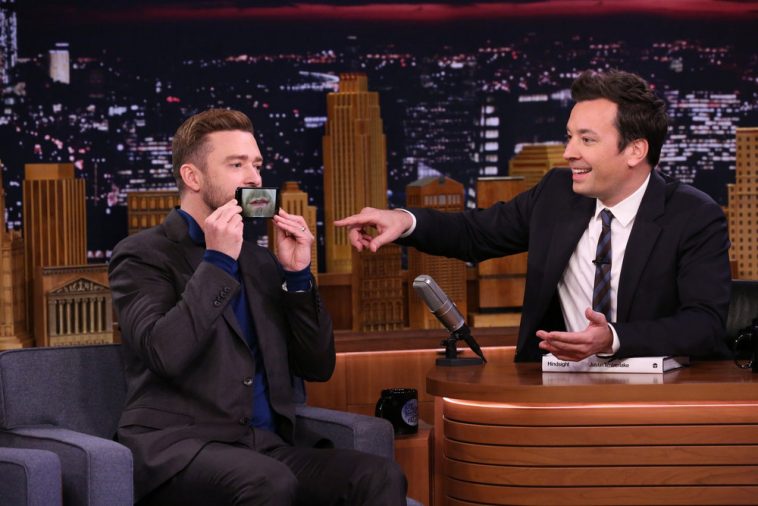 Update: NBC has updated its “Tonight Show Starring Jimmy Fallon” listings, noting that Justin Timberlake’s video chat appearance will move to April 7. He was originally listed for the April 6 broadcast.

The April 6 episode will now feature Lady Gaga, Andy Cohen and Billie Joe Armstrong from Green Day. The April 7 episode will feature Timberlake, Russell Wilson, Ciara and Avett Brothers (Kerry Washington, who was previously set for April 7, will now be appearing on April 10).
====

With social distancing measures remaining in place until at least April 30, “The Tonight Show Starring Jimmy Fallon” looks to be continuing its “At-Home Edition” specials. The specials, which feature Fallon doing comedy from home and then welcome celebrity guests via video charts, air each night alongside some “best of” clips.

According to NBC, Justin Timberlake will appear on the April 6 episode. Timberlake is presently the only guest confirmed, but it is worth noting that NBC has been (understandably) making frequent revisions to its “Tonight Show” lineups throughout the week.