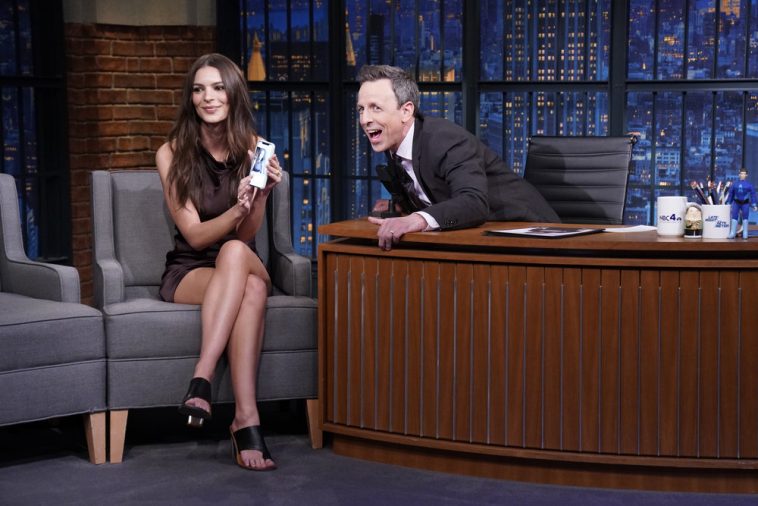 Update: Emily Ratajkowski made an appearance on Tuesday’s “Late Night With Seth Meyers.”

The actress, model, mogul and designer talked about numerous topics, including “Bernie Bros” and an upcoming book of essays. Video highlights and photos follow.

She appears as an interview guest on Tuesday’s edition of “Late Night With Seth Meyers.”

Along with Ratajkowski, the episode features discussions with Cillian Murphy and David Simon. Steve Ferrone additionally sits in with The 8G Band as part of his week-long residency.

Filmed in advance, the episode will air at 12:35AM ET/PT on NBC.