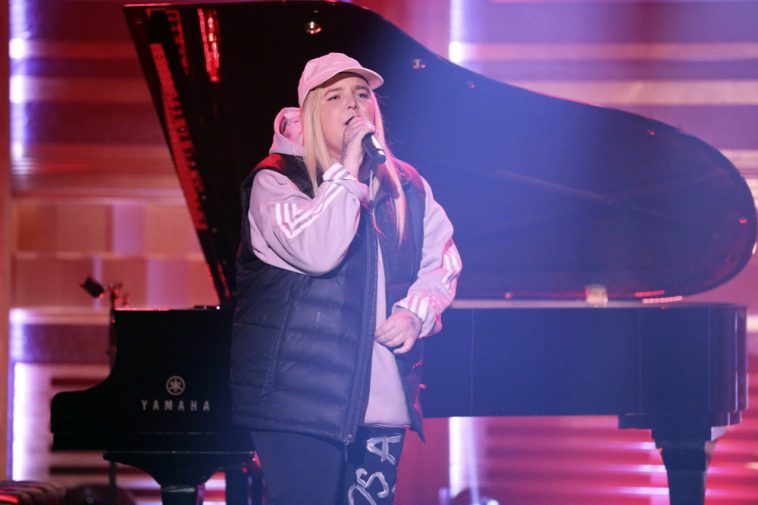 Tones and I on Fallon (Photo by: Andrew Lipovsky/NBC)

NBC’s Today Show will say goodbye to February with a string of high-profile musical performances.

The action will kick off this Monday, February 24 when Tones and I takes the stage. The breakout pop star will perform during the 7-9AM and 10-11AM portions of the broadcast.

Global superstar Harry Styles will next take the stage, performing during the 7-9AM and 9-10AM windows on February 26. The 10-11AM hour will feature Blanco Brown and Parmalee.

Kane Brown will perform during the 7-9AM window on February 27, before returning for an interview in the 10-11AM section.

The week will close with a special Universal Studios episode on February 28; Little Big Town will perform during all three broadcast sections (7-9, 9-10, 10-11). Full listings follow:

(7-9 a.m.) Tones and I performs on TODAY. TODAY Food with the Grill Dads. TODAY Wellness: Latest on the Flu.

(9-10 a.m.) Steve Coogan on Greed. Dad’s Got This: Girls Wrestling. Game On: Unicycling

(10-11 a.m.) Rob Belushi on GSN’s Get a Clue. Blanco Brown and Parmalee perform on TODAY. Suze Orman on TODAY.