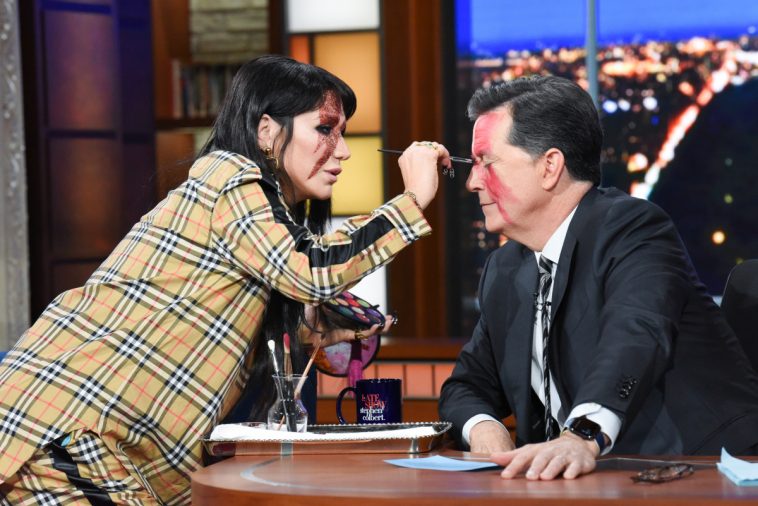 Update: With three weeks remaining until the January 31 release of “High Road,” Kesha appeared on “The Late Show With Stephen Colbert.”

The singer-songwriter participated in an interview, during which she gave Stephen a Bowie-esque makeover.

Later, she took the stage to perform “Raising Hell” with Big Freedia. Videos and photos follow.

Entering the promotional phase for her new album “High Road,” singer-songwriter Kesha pays a visit to “The Late Show With Stephen Colbert.”

Kesha chats with Stephen during Friday’s episode. She also delivers a musical performance.

The Kesha appearance airs as part of an episode that also features actress Laura Dern.

Taped prior to broadcast, it will air at 11:35PM ET/PT on CBS. Ahead of the airing, CBS shared a collection of photos from the taping. That “first look” is featured below.