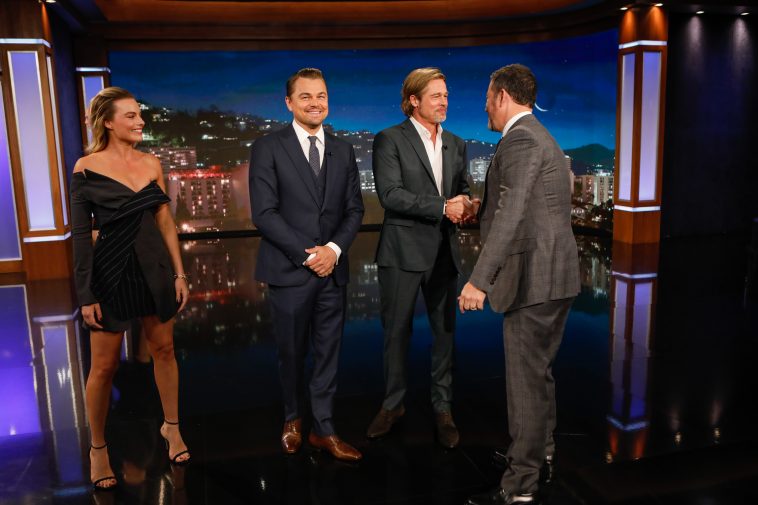 He is not the only “Once Upon A Time In Hollywood” name involved with the broadcast.

In a surprise moment during the monologue, stars Brad Pitt, Margot Robbie and Leonardo DiCaprio drop by for cameo appearances.

The gimmick is that the three stars are cutting through the “Kimmel” studio en route to the premiere of their new film.

Monday’s “Kimmel,” which will air at 11:35PM ET/PT on ABC, also features an appearance by Keith L. Williams and a performance by Tal Wilkenfeld. A video and photos of the “Once Upon A Time” cameo follow: