Update 4: RCA has officially confirmed that Kings Of Leon’s “Walls” will arrive on October 14.

The tracklist is available here. It includes “Waste A Moment,” which is expected to soon impact radio as the project’s lead single.

Update 3: In Tweets regarding the band’s soon-to-be released new album, Kings Of Leon members have used the hashtag “WALLS.”

Monday, the band clarified that “WALLS” is an abbreviation for “We Are Like Love Songs.” That is the name of the eagerly anticipated seventh album.

Update 2: In a Sunday afternoon Tweet from the official band account, Kings Of Leon declared, “The wait is over. [Album] 7 is coming.”

Like the Tweets from band members Jared and Nathan Followill, the message includes the hashtag “WALLS.” The implication seems to be that “WALLS” is the name of (or strongly connected to the name of) the new album.

The band’s recent Tweets come in the wake of Headline Planet’s report that a new single called “Waste A Moment” will impact Triple A radio in mid-September.

The wait is over. 7 is coming. #WALLS #KOL7 pic.twitter.com/m6FQpcBBBz

Update: As our below story regarding Kings Of Leon’s rumored new single “Waste A Moment” circulated the Internet, bassist Jared Followill and drummer Nathan Followill teased the impending release of a new album.

The next Kings Of Leon single may be arriving within the next few weeks.

According to Mediabase’s AllAccess website, a new Kings Of Leon song called “Waste A Moment” will go for Triple A radio adds on September 12.

The song would presumably arrive within a short radius of that impact date. Assuming AllAccess’ story is correct, an audio release date of September 9 seems plausible. A push to alternative/modern rock radio would also likely begin within the same general time period.

Neither RCA nor Kings Of Leon has officially confirmed the supposed new release.

kings of leonwaste a moment 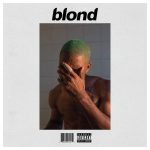