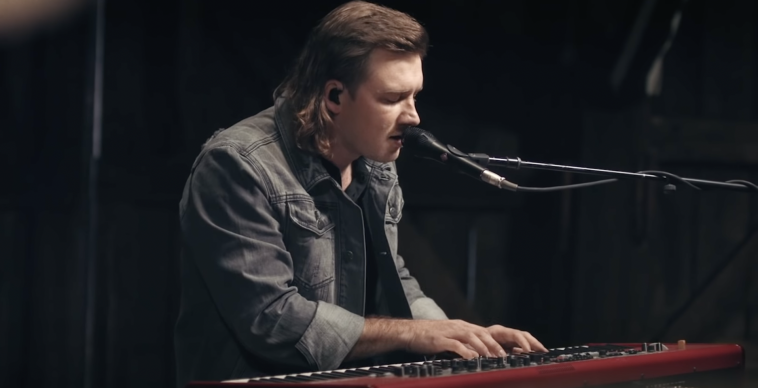 For the first time since the fall of 2020, Morgan Wallen has the #1 song at country radio. The artist’s “Sand In My Boots” rises one spot to the top of this week’s Mediabase country radio singles chart.

In addition to leading for chart points, “Sand In My Boots” ranks as the Mediabase country panel’s most played and heard song for the February 13-19 tracking period. It received ~8,530 (+819) spins and ~39.65 million audience impressions.

Wallen last scored a country radio chart-topper in November 2020 with his hit “More Than My Hometown.” Follow-up single “7 Summers” was likely on track for #1 as well, but many radio programmers pulled Wallen’s music in early 2021 after video surfaced of the artist using The N-word. The single thus saw its chart run end outside the Top 10.

When radio programmers began restoring Wallen’s music to their rotation, the artist and his team turned their attention to “Sand In My Boots.”

Kelsea Ballerini’s “half of my hometown (featuring Kenny Chesney)” rises one spot to #2 this week, and Kane Brown’s “One Mississippi” ticks up a spot to #3. Parker McCollum’s “To Be Loved By You” jumps three spots to #4, and Jordan Davis’ “Buy Dirt (featuring Luke Bryan)” rises one place to #5.