As the top-performing Christmas song in the streaming era, Mariah Carey’s “All I Want For Christmas Is You” routinely posts massive numbers as the Christmas holiday draws near. It has performed particularly well on Christmas Eve, in the past setting multiple single-day Spotify records on the holiday.

It did not set such a record this year, but it did post a personal-best streaming mark.

According to the Spotify Charts platform, “AIWFCIY” generated 17,420,085 streams on December 24, 2021. The count reflects a slight gain from last year’s 17,223,327 to rank the Mariah Carey classic’s best streaming figure of all time. It also represents a new single-day streaming count for Christmas Eve.

Unlike in past years, however, the figure does not mark an all-time Spotify record. That honor still belongs to Adele’s “Easy On Me,” which achieved a record 19,749,704 streams on October 15, 2021. 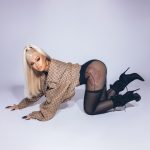