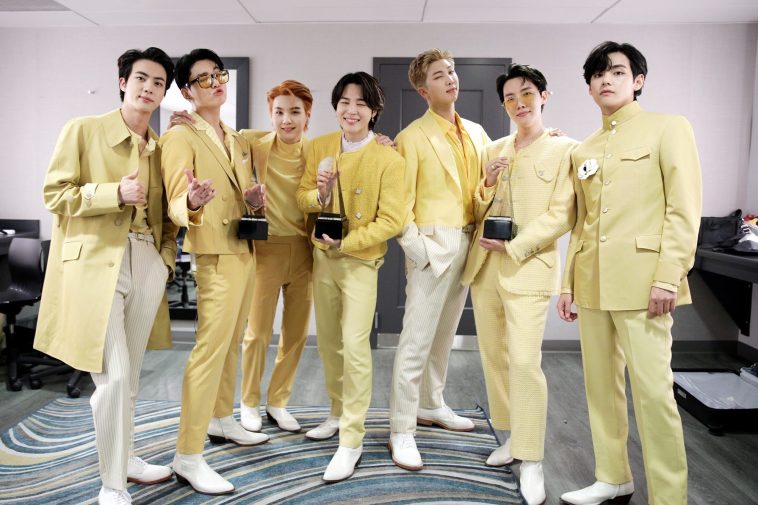 BTS performed twice on this year’s American Music Awards. The global superstar group first performed “My Universe” with Coldplay, before closing the show with a rendition of smash hit single “Butter.”

“Butter” arrives at #68 on the listing, courtesy of the 6.83 million views it received during the November 19-25 tracking period. The AMAs ceremony, notably, took place on the evening of November 21.

Credited with 5.98 million views, the “My Universe” performance arrives at 84 on this week’s Music Videos Chart.

Thanks to the new performances and ongoing interest in the group’s discography, BTS rises four spots to #5 on this week’s Global YouTube Artists Chart. Coldplay ticks up one spot to #45.

— Not simply there in a performing capacity, BTS won multiple awards — including Artist of the Year — at the 2021 AMAs.