According to Hits Daily Double, the album is expected to sell about 353K US copies during the November 12-18 tracking period. With units from track sales and streams included, the album may generate 570K in total first-week US consumption.

The album is a lock to debut at #1 for both sales and total units. The sales figure will, moreover, rank as the year’s biggest single-week tally.

“Red (Taylor’s Version)” may achieve an even bigger milestone on the sales front. According to Hits, the album could sell 110K US vinyl copies this week. If so, it will break Taylor Swift’s own record for the biggest sales week of all time; her “evermore” set the high mark with 102K earlier this year. 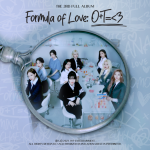