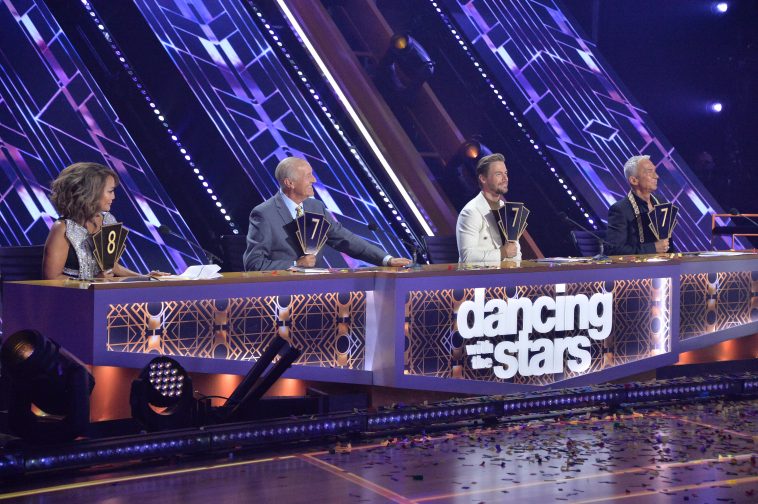 DANCING WITH THE STARS - ÒSeason 30 PremiereÓ Ð ÒDancing with the StarsÓ returns for another star-studded season with a new, notable and energetic cast of 15 celebrities who are ready to bring their sparkle and shimmy to the ballroom. The competition begins with a two-hour season premiere, live, MONDAY, SEPT. 20 (8:00-10:01 p.m. EDT), on ABC. (ABC/Eric McCandless) CARRIE ANN INABA, LEN GOODMAN, DEREK HOUGH, BRUNO TONIOLI

The new season of “Dancing With The Stars” continues this coming Monday, September 27, as the celebrity-pro couples again aim to impress on the stage.

In addition to the performances, Monday’s episode will feature the first elimination of the season.

ABC’s listing of the song and style selections follows. The episode will air from 8-10PM EDT on the 27th.

Talk show co-host of “The Talk” Amanda Kloots and pro Alan Bersten dancing the Foxtrot to “It Had To Be You” by Ray Chew Live!

Olympic gymnast Suni Lee and pro Sasha Farber dancing the Cha Cha to “I Like It” by Cardi B, Bad Bunny & J Balvin

WWE superstar The Miz (“Miz & Mrs.”) and pro Witney Carson dancing the Tango to “Nothin’ but a Good Time” by Poison