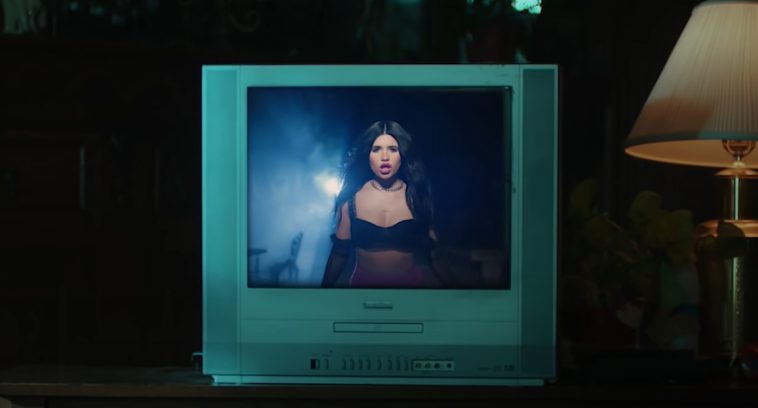 Nessa Barrett’s “i hope ur miserable until ur dead” attracted massive opening day attention on Spotify, yielding enough streams to make the platform’s US and global charts.

The eagerly anticipated new single earns #52 on the US Spotify chart for Friday, August 6, courtesy of its 385,926 American streams. “i hope ur miserable” concurrently launches at #194 on the global chart with 772,302 worldwide streams.

The Spotify chart figures, it is worth noting, filter streams based on a proprietary algorithm. The raw streaming count, as reported in the actual Spotify app, was 959,182 by the end of Friday.

Regardless of which number one uses, there is no denying that the statistic is impressive. Granted, it should not come as a surprise — Nessa Barrett’s music, including her debut single “Pain” and recent radio hit “la di die (featuring jxdn),” has routinely performed well on the platform.

Not simply a Spotify hit, the song is also charting on the US iTunes sales chart. The video, moreover, boasts over 1.4 million views on YouTube (as well as a spot on the platform’s Trending Chart).

“i hope ur miserable until ur dead” precedes the September 10 release of Barrett’s “pretty poison” EP.

i hope ur miserable until ur deadnessa barrett