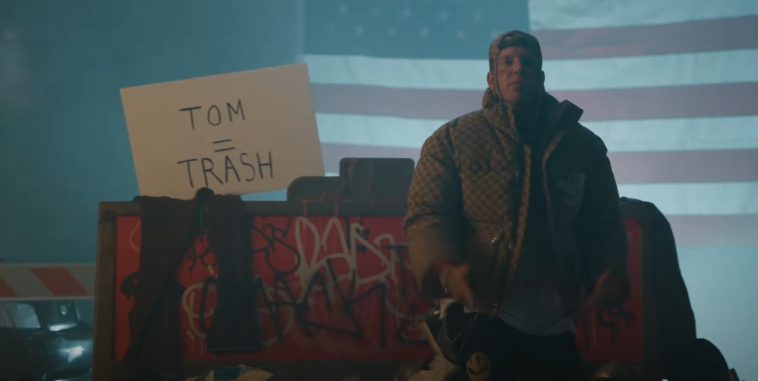 Following in the chart-topping footsteps of his recent releases “Fake Woke” and “Clown World,” Tom MacDonald’s new “Snowflakes” has soared to the summit of the US iTunes mountain.

“Snowflakes” reached #1 on the store’s all-genre sales listing Friday afternoon, and it remains atop the chart as of press time at 7PM ET. “Snowflakes” seized the throne from BTS’ “Butter (Cooler Remix),” which reached the top spot earlier Friday.

Tom MacDonald’s songs have all been selling well over the past years, but issue-driven songs like “Fake Woke” and now “Snowflakes” have made the most immediate impact from a sales standpoint.

The video is also faring well, it boasts 850K YouTube views and a Top 20 trending position at press time.