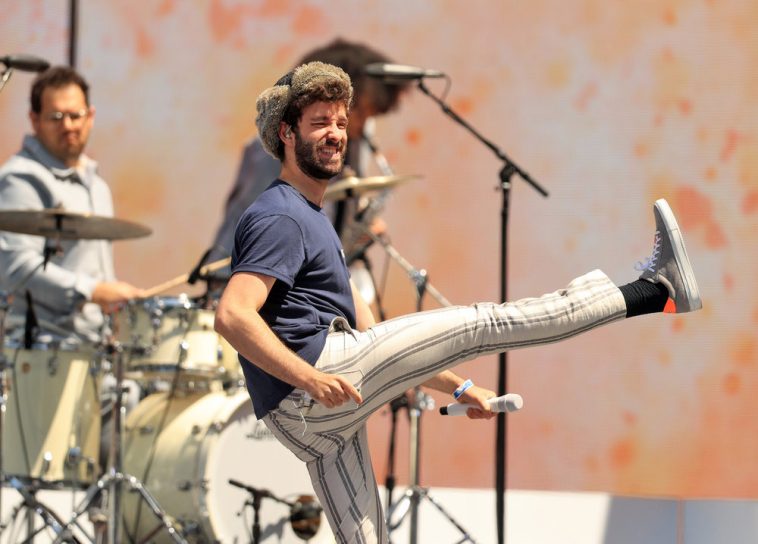 2021 BILLBOARD MUSIC AWARDS -- Pictured: Jack Met of AJR rehearses on stage during the 2021 Billboard Music Awards held at the Microsoft Theater on May 22, 2021 in Los Angeles, California. -- (Photo by: Christopher Polk/NBC)

AJR and Glass Animals will each be taking the stage at the 2021 Billboard Music Awards.

Ahead of their performances, the alternative-pop crossover acts took the stage at official rehearsal sessions.

NBC will be hosting this year’s iteration of the show, which will air at 8PM ET/5PM PT Sunday. Nick Jonas will be handling hosting duties, while names like BTS, P!nk, Doja Cat and SZA, Jonas Brothers and Marshmello, Duran Duran, twenty one pilots, and more will join the aforementioned artists for performances.

Ahead of the broadcast, the NBCUniversal team shared photos from the AJR and Glass Animals rehearsal sessions.