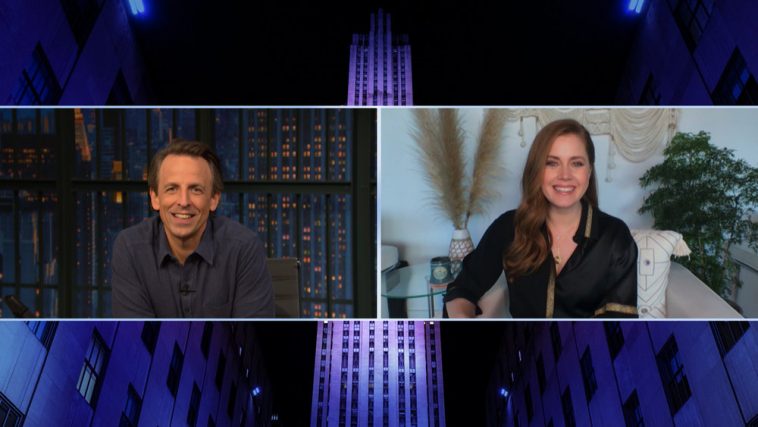 Before her new film “The Woman In The Window” appears on Netflix, actress Amy Adams will appear on “Late Night With Seth Meyers.”

NBC says Adams will be the lead guest on the May 11 edition of its talk show. The broadcast will also feature an interview with Stacey Abrams.

Later, Ashe will perform “Me Without You.”

Who else can you expect on “Seth” in the next week? Complete listings follow:

Tuesday, May 11: Guests Amy Adams (The Woman in the Window), Stacey Abrams (While Justice Sleeps) and musical guest Ashe (Song: “Me Without You,” Album: Ashlyn). Show 1144A.