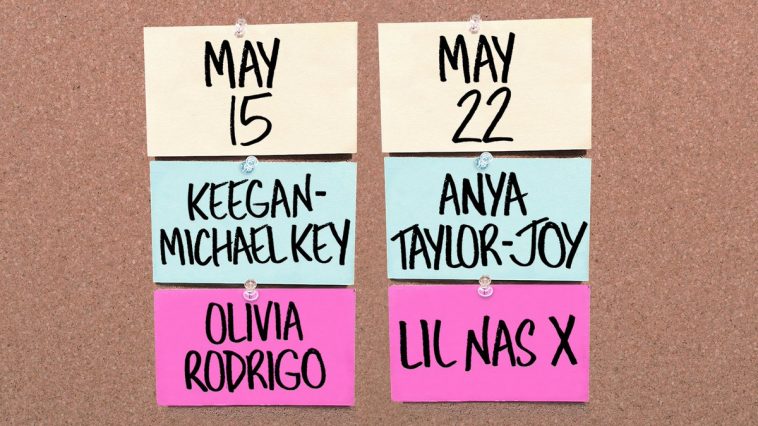 As previously reported, “Saturday Night Live” will return to production with host Elon Musk and musical guest Miley Cyrus on May 8.

NBC just announced principal guests for the following two episodes, which will mark the final installments of the ongoing 46th season.

Keegan-Michael Key will host the May 15 edition, while Olivia Rodrigo will perform as the musical guest. Both will be making their debuts as “SNL” principals.

The May 22 season finale will then feature Anya Taylor-Joy as host. Lil Nas X will be the night’s musical guest. Like the May 15 guests, they too will be appearing for the first time as principals.