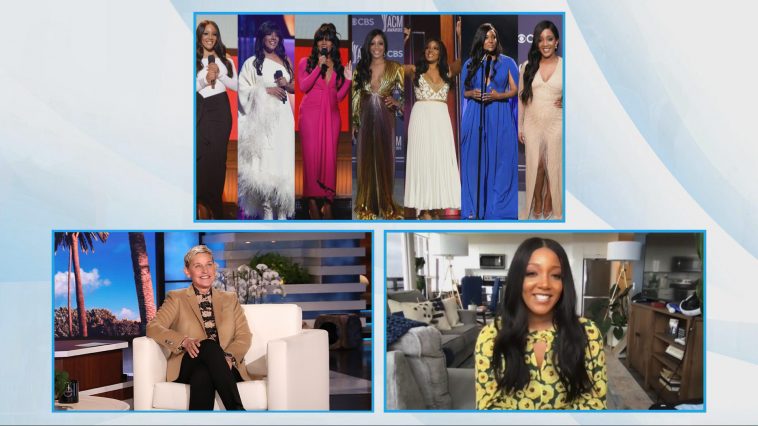 On the heels of hosting the Academy of Country Music Awards, acclaimed country artist Mickey Guyton appears on “The Ellen DeGeneres Show.”

Appearing via remote video, Guyton discusses her experience hosting the prestigious awards show (including her numerous wardrobe changes). She also provides an update on her recently born son, as well as the importance of being able to raise a family and have a successful career.

On the subject of that career, Guyton talks about the lead-up to her Grammy-nominated release “Black Like Me.” She additionally addresses efforts to improve representation and diversity within country music.

The episode will air Thursday afternoon, but a video from Guyton’s interview follows.