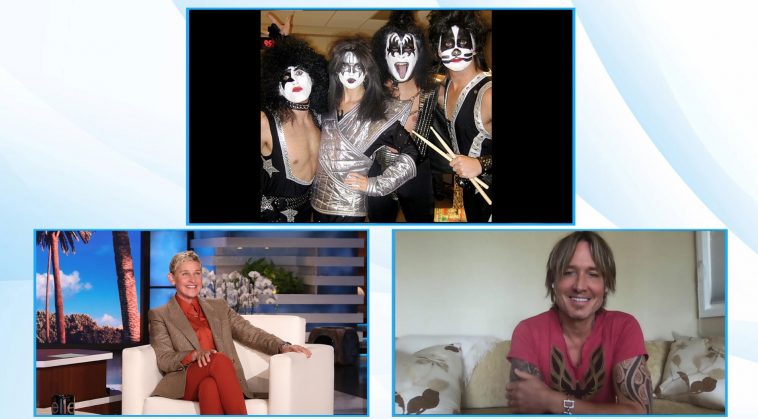 Ahead of his hosting gig at Sunday’s Academy of Country Music Awards, Keith Urban appears on “The Ellen DeGeneres Show.”

The country superstar appears as a remote guest on Thursday’s edition of the daytime talk show. In addition to talking about his own music, Urban talks about his new collaborations with Taylor Swift. The artist accompanies Swift on “That’s When” and “We Were Happy” from her newly released “Fearless (Taylor’s Version).”

Urban reveals that he first received the songs from Swift — and an invitation to be part of them — while he was doing Christmas shopping at a mall in Australia.

Urban also talks about his experience having Swift as an opener on his tour many years ago.

Not simply there to chat, Urban also delivers an acoustic version of “One Too Many.”

The episode will air Thursday afternoon, but videos from Urban’s appearance are already available: