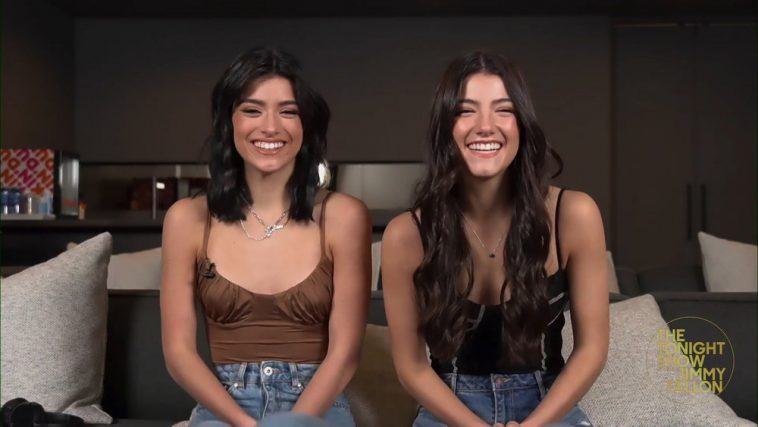 THE TONIGHT SHOW STARRING JIMMY FALLON -- Episode 1421A -- Pictured in this screengrab: (l-r) Dancers Dixie D'Amelio and Charli D'Amelio during an interview on March 10, 2021 -- (Photo by: NBC)

According to Showbuzz, the episode drew 0.36 million live+same-day viewers in the adults 18-49 demographic. No other March 8-12 installment of “Fallon,” “Jimmy Kimmel Live,” or “A Late Show With Stephen Colbert” fared as well in the ad-friendly demographic.

Many did, however, draw more overall viewers. The March 10 “Fallon,” in fact, posted the week’s third-lowest viewership number (average audience of 1.40 million). Only the March 11 “Kimmel” and “Fallon” episodes reached smaller live+same-day audiences.