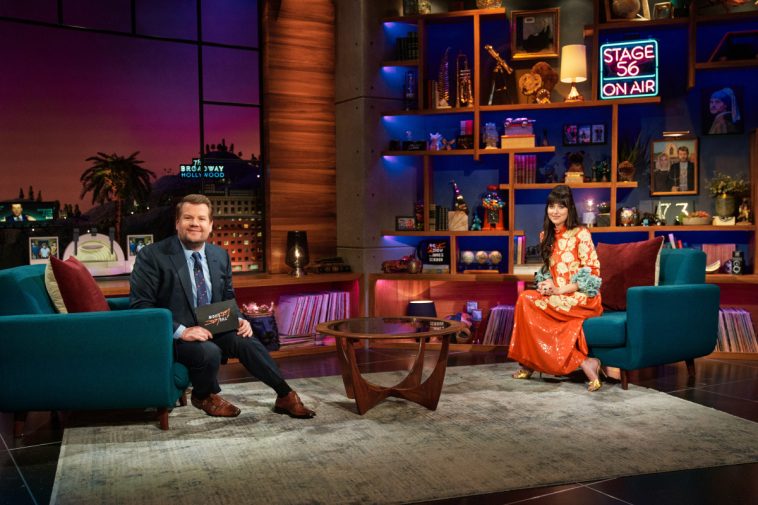 You read that correctly. Although remote appearances have become the standard in today’s world, Johnson made a socially distanced in-studio appearance on Wednesday’s episode.

The actress appeared as part of the promotional tour for her movie “Our Friend,” which is finally releasing this week.

In addition to the Johnson visit, Wednesday’s “Corden” featured a remote performance from AJR. The episode began airing at 12:35AM on the east coast – and will air at the same time in the west.

Videos will be posted upon availability. Photos from the broadcast are already below: