In recent days, Headline Planet has been revisiting incredible songs that deserved more pop radio attention in 2020. Whether due to poor timing, unfortunate radio habits, or strategic label decisions, these songs were unable to reach their potential as pop hits.

Previous “songs that should have been pop hits” selections are available here. The eighth selection follows.

Over the past fifteen years, two simple rules have emerged:
1) If there is a challenge in front of her, Taylor Swift is going to conquer it.
2) Consequently, if you doubt Taylor Swift, you’re going to look foolish.

At the onset of her career, some chose to dismiss Taylor Swift as a novelty teen singer-songwriter. She immediately proved them wrong. Across her first few albums, she made better songs — and more meaningfully captured the human condition — than musicians thrice her age with significantly more experience.

As she formally transitioned from country to pop, some questioned whether she could translate her personal, diary-entry-style songwriting into broad, accessible pop songs. She proved them wrong as well, delivering some of the catchiest pop songs of the past decade – without even slightly sacrificing her intimate, authentic songwriting voice.

For her 2020 albums “folklore” and “evermore,” Swift embraced a new challenge. In addition to pursuing a rawer, more alternative sound, the artist explored a more distant form of storytelling. Rather than writing primarily about personal experiences, feelings, and anecdotes, Swift created, explored, and/or embodied different characters and journeys. Naturally, her approach raised a question: without as many overt references to her own life, could she craft songs with as much emotional honesty and significance?

The answer, unsurprisingly, was a resounding yes. The two albums collectively serve as a masterclass in meaningful songwriting, with Swift showcasing an unrivaled flair for precision of imagery and conveyance of emotion. She may not be exclusively writing about her reality — or anyone’s specific reality, for that matter — but the worlds she creates through pointed lyricism and poignant vocal delivery are as real and relatable as any she has ever showcased.

Swift takes no detail for granted and thus never wastes a single moment. Every lyric adds clarity to the stories she is telling and characters she is exploring. Every turn in her voice underscores the highly nuanced, wholly human sentiment of her narratives. Swift may not always be singing about her own life, but she wholeheartedly thrusts herself into this universe. As a result, the music is as honest and alluring as anything she has ever released.

“Exile,” a duet with Justin Vernon of Bon Iver that appears on “folklore,” perfectly encapsulates the power of this approach. Both artists utterly live their roles, and thus perfectly communicate the emotional fallout (and anguish) of a failed relationship.

The story begins with Vernon and Swift, playing the roles of exes, seeing each other out. Upon witnessing Swift’s character showing blind, carefree support for her new lover, Vernon feels betrayed. How could she move on so quickly? Swift’s character, on the other hand, sees the scornful, possessive eyes of her ex and wonders where this sense of fight was during their relationship. Despite being literally exiled from each other’s realms, neither can escape the pain.

Ironically, the second half of the song reveals that they were in even deeper exile during their relationship. As they reflect on their split, they reveal that they were never on the same page — and clearly unwilling to rectify the situation through communication. They may have been literally together, but they felt entirely alone.

Powerful in concept, “exile” is even more hauntingly beautiful in execution. Vernon and Swift deliver stunning performances, offering vocals that are contrasting on the surface yet united by heartbreak and defeat. The stellar vocal production elevates their work to the next level, with the late-song vocal trade-offs creating palpable tension and emotional realism. As Vernon alleges that Swift “never gave a warning sign” and she retorts that she “gave so many signs,” listeners are not simply treated to an iconic duet moment. They are given a front-row seat to the kind of communication downfall that plagued their relationship. They are able to see the painfully relatable reality of this tale.

Buoyed by gorgeous melodies and precise instrumentation, “exile” proves faithful to its principal artists’ visions yet functional as a timeless ballad. It is the kind of magnetic duet that makes everyone tune out the world and fixate entirely on what the musicians have to say.

It is also the kind of magnetic duet that would prove commercially successful: the enduring resonance of A Great Big World and Christina Aguilera’s modern standard “Say Something” is a fair benchmark.

Despite its immense quality and obvious viability, “exile” never received a meaningful chance to click with pop radio listeners. The duet was only formally promoted as a Triple A single, with the unsolicited hot adult contemporary and pop airplay proving rather nominal (radio is not off the hook, however, as it should not have needed a “push” to play this masterpiece).

Granted, radio was not a major priority during Swift’s “folklore” album campaign. A case can even be made that the absence of airplay strategically helps the album by freeing it from the stigma of mainstream pop.

Swift’s team only promoted one single (“cardigan”) to mainstream radio during the “folklore” campaign. “Exile” is surely the stronger, more commercially viable song (it’s undoubtedly the most commercially viable track she released in 2020), but “cardigan” arguably did a better job of communicating Swift’s artistic evolution (if for no other reason than the fact that it is a solo single). 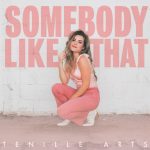