Neither the unconventional Monday release nor the holiday season prevented Ed Sheeran’s “Afterglow” from amassing considerable first-day airplay at radio.

According to Mediabase, “Afterglow” had received 1,014 pop radio spins by the close of Monday. It meanwhile closed the day with 353 spins at the hot adult contemporary format.

With those play counts, “Afterglow” takes #26 and #21, respectively, on Mediabase’s building/real-time charts for pop and Hot AC. The charts account for airplay during the first two days of the December 20-26 tracking period.

“Afterglow” may not receive quite as much daily support as the week continues, but it should have no trouble remaining well inside each format’s Top 40.

In formally announcing “Afterglow,” Sheeran revealed that it is “not the first single from the next album.” Based on the early airplay, however, it is clear the market is embracing it as a single. 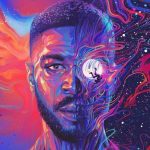