In recent years, Headline Planet has published an annual look at the year’s “best pop hits.” This year, we wanted to look at another category of music: songs that should have been pop hits.

Whether due to stubbornness from radio programmers, poor label strategy, or just unfortunate timing, these relentlessly catchy and/or otherwise incredibly engaging songs never received a fair chance to click with pop radio listeners. As a result, they never got to fulfill their true hit potential.

To qualify for this countdown, the song had to be positioned as a “single” of some sort. This may include being a release day “title track,” receiving focus on TikTok or streaming playlists, scoring specific media promo (such as a music video or TV performance), or achieving success at another radio format.

By the onset of 2020, BLACKPINK no longer needed an introduction to the overall music landscape. Thanks to the impressive tour achievements, strong consumption numbers, and immense global fan support, the group had already attained superstar status. Group members Jennie, Lisa, Rosé, and Jisoo had already cemented their places on the pop culture radar.

The quartet had not, however, cemented its status at the US pop radio format. Single “Kill This Love” received some airplay in the spring of 2019, but the short-lived attention was hardly on par with the group’s phenomenon-level popularity.

“Lovesick Girls,” the release-day focus track from debut LP “The Album,” represented the perfect opportunity for said introduction. It was a seemingly bulletproof way to expose mainstream radio listeners to the magic so many BLACKPINK fans had already discovered.

About five weeks prior to the album release, Interscope moved forward with the Selena Gomez collaboration “Ice Cream” as the group’s first major US radio single. On the surface, the decision seemed logical..

Not simply a labelmate, Gomez is a high-profile, proven pop radio star. Her involvement, therefore, would help combat any unfair stigmas and biases radio may have held against a “K-pop act.” The song was also undeniably catchy.

It was not, however, a particularly great song. Worse, it did not fully play into the strengths of either act. It was outside Gomez’s wheelhouse, yet not at all a signature BLACKPINK song. It largely attempted to derive personality and differentiation from the lyric, rather than from the individual group members, and thus totally missed the point of BLACKPINK’s appeal. BLACKPINK, like the most successful girl and boy bands throughout history, works because fans connect to the members as individual people – not just as a “concept.”

To its credit, “Ice Cream” still enjoyed a respectable run at pop radio, reaching the Top 20 on the airplay chart during album release week. That ongoing viability, of course, prevented Interscope from immediately pivoting to “Lovesick Girls” (or any other single) once the album arrived.

Granted, there was no indication that “Ice Cream” had the legs to go much higher on the chart. As a result, it seemed worthwhile to begin preparing for a “Lovesick Girls” push in late October/early November.

Such a push never came, with rumors instead suggesting that the Cardi B collaboration “Bet You Wanna” would be the next single. Interscope, for its part, has not formally announced any radio follow-up to “Ice Cream.”

No, “Lovesick Girls” does not capture BLACKPINK’s distinct energy as completely as arena-ready signatures like “BOOMBAYAH,” “DDU-DU DDU-DU,” and “Kill This Love.” It still, however, does an excellent job of simultaneously showcasing the appeal of each group member and the group at large. As they showcase their individual strengths as musicians and personalities, Jennie, Lisa, Rosé, and Jisoo demonstrate a powerful sense of camaraderie, synergy, and harmony. Indeed, “Lovesick Girls” makes for a very meaningful and authentic introduction to one of pop music’s most exciting groups.

Best of all (at least with regard to its viability as a pop hit), it presents BLACKPINK’s unique charisma in a very radio-friendly package. Somewhat belied by an acoustic teaser, “Lovesick Girls” is actually a powerhouse dance-pop song that wears its David Guetta involvement on its sleeve. With crisp production, a compelling compositional narrative, a ridiculously catchy chorus, inviting vocals, and a memorable closing exchange, “Lovesick Girls” fires on all pop musical cylinders. It is energetic yet cool. It is influenced by the past yet not the least bit dated. It is accessible yet not overly familiar or generic. Its lyrical focus is unifying yet not at all cheesy

With “Lovesick Girls” (and, to be fair, many of their songs), BLACKPINK avoids these traps. The group members instead find the right balance; an accessible, joyous smash that showcases four women who are different in singing (or rapping) style but united in spirit.

In the grand scheme of things, “Lovesick Girls” was still a success. It posted strong global streaming numbers and will forever remain a crucial part of BLACKPINK’s discography.

But it should have been bigger. And if radio – and the teams that promote to radio – would have realized the harm in choosing safe stagnation over potential exhilaration, it would have been. Pop radio audiences would have eaten this song up, while falling as in love with the group as millions of “BLINKS” already are. 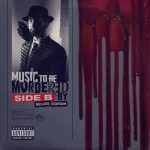