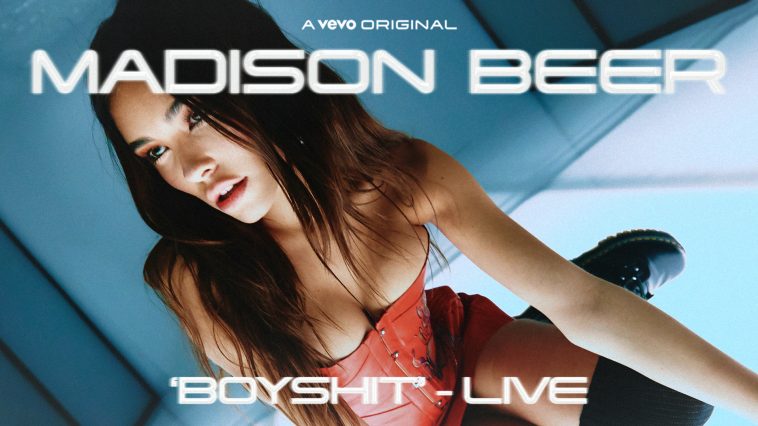 Given her irrefutable charisma and undeniable talent as a singer and songwriter, Madison Beer routinely earns “one to watch” labels from critics, fans, and industry observers.

Vevo becomes the latest entity to acknowledge Beer’s prowess and promise as a pop star. The platform today revealed Beer as its newest Vevo LIFT Artist.

In conjunction with the announcement, Vevo released a video of Beer performing her new song “BOYSHIT.” A showcase for Beer’s alluring energy and commanding aesthetic, the video received strong fan feedback following its Friday morning launch.

Not a one-and-done project, the LIFT campaign will also include the release of a “Selfish” performance video this coming Monday, December 14. A “Becoming” short film is set to arrive in early 2021.

“We’re excited to share these special Madison Beer Vevo LIFT performances with her fans,” says JP Evangelista of Vevo, “She’s an incredible artist that’s accomplished so much in a short amount of time with her genre-bending releases. We’re thrilled to present our collaboration to audiences around the world, and hope they enjoy these stunning videos. Madison joins a stellar alumni of our LIFT program and we are really pleased to be supporting her with this campaign.”

“It’s not straightforward pop. It is a bit out there, even for me,” says Beer of the new project, “I’m not an easy artist to pigeonhole and a lot of these songs are like nothing I’ve ever attempted before. I didn’t try to sound like anyone else. I can only sound like me.”