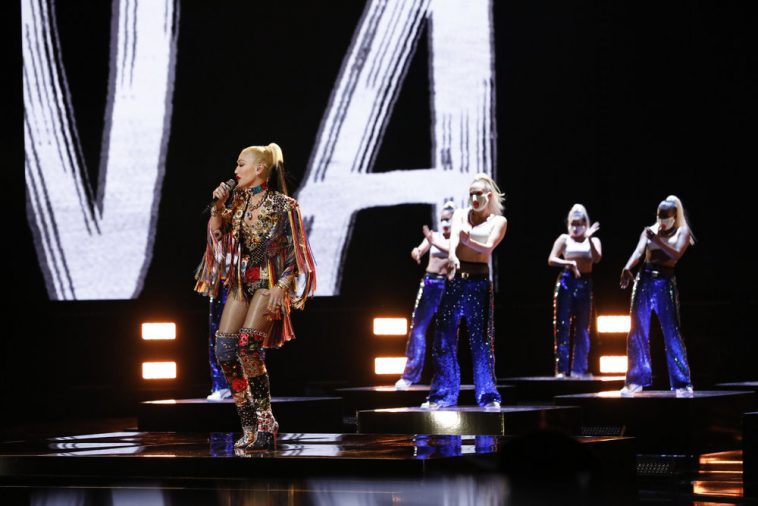 Gwen Stefani’s “Let Me Reintroduce Myself” is receiving an enthusiastic greeting from music fans.

The single, which launched earlier Monday, soared to #1 on the all-genre US iTunes sales chart Monday night. It remains in the pinnacle position as of press time at 11PM ET.

Stefani notably performed the song during Monday’s edition of “The Voice,” on which she serves as a coach.

“This song is a way of saying I’m back with new music,” said Stefani in an official press release. “It’s a fun, lighthearted song, because I got inspired and hopefully to bring a little bit of joy. The idea was to write a song that had a bit of a nostalgic feeling to it, so I think musically it reminds you of back in the day, going back to where I started musically which was with ska and reggae. I’m still the same me but here’s something a little bit new in case you feel like hearing a little bit more of me.”

“Let Me Reintroduce Myself” seized the throne from Brenda Lee’s “Rockin’ Around The Christmas Tree,” which is now #2 on iTunes.

Let her reintroduce herself… it's @GwenStefani with an EPIC performance of her new single on #TheVoice. 🤩 #LetMeReintroduceMyself pic.twitter.com/VzTDZestYw