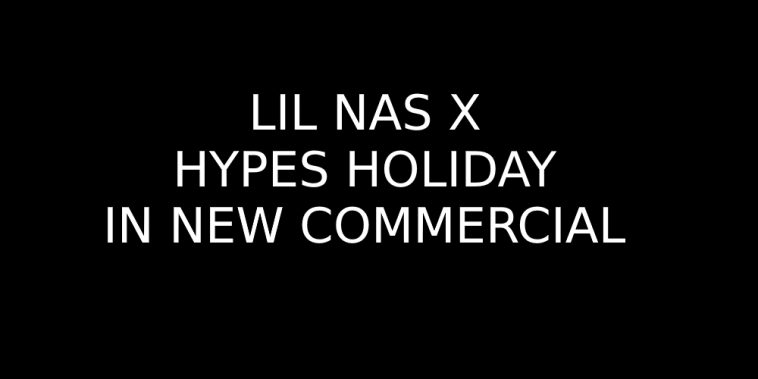 The commercial aired during halftime, and it ultimately revealed a release date for the next Lil Nas X single.

Initially set to Lil Nas X’s pop culture phenomenon “Old Town Road,” the commercial opened with a drunk Santa getting kicked out of a saloon. Lil Nas X came into town via a time warp, and picked up the inebriated Santa’s hat. The hat included a binding agreement for Lil Nas X to take over as Santa.

A new song, seemingly entitled “Holiday,” then began playing. As it did, the Santa version of Nas got on a sleigh powered by reindeer and a Delorean-esque engine — and blasted off into the sky (and, presumably, the future). A title card noted that the segment was “To Be Continued.”

At that moment, Michael J. Fox made a cameo appearance to reference both “Back To The Future” and the events of this year. “Whatever you do, Nas, don’t go to 2020,” joked the iconic actor.

The commercial closed with a note that Lil Nas X’s new single “Holiday” would be arriving on November 13, 2020.