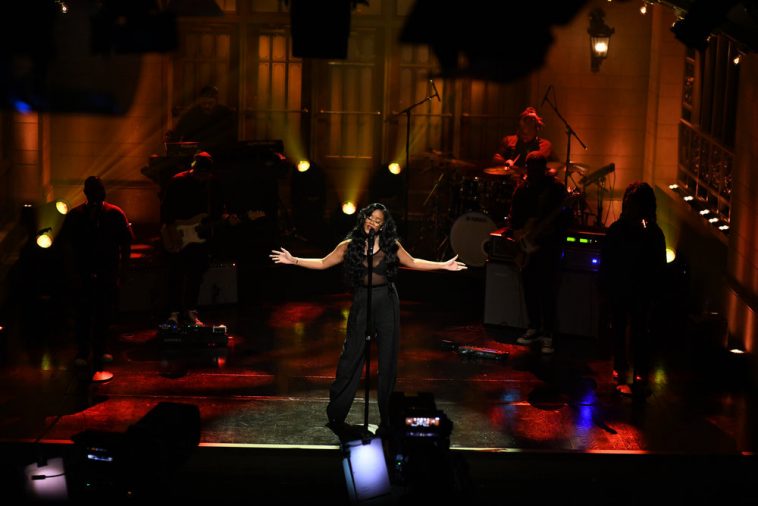 H.E.R. performed her new songs “Damage” and “Hold On” during this weekend’s edition of “Saturday Night Live.”

In the wake of the performances, both songs are making waves on the US iTunes sales chart.

“Damage,” which H.E.R. delivered during her first performance, is up to #4 on the listing as of press time at 11:20AM ET Sunday morning. Only Luke Combs’ “Forever After All,” Ariana Grane’s “positions,” and Nelly & Florida Georgia Line’s “Lil Bit” are selling at a faster pace.

“Hold On,” the focus of the Grammy-winning artist’s second performance, is up to #37 at press time.

In addition to the musical performances from H.E.R., this weekend’s “SNL” featured Adele as host.