“Positions” launched at midnight ET late Thursday/early Friday, and it reached #1 on the all-genre listing within its first hour. It sits dominantly atop the listing as of press time at 1:05AM ET, and there is no reason to believe it will cede its throne in the immediate future.

“Positions” seized the throne from Justin Bieber & Benny Blanco’s “Lonely,” which is now #2.

“Positions” is also making waves on the other major music fronts, attracting ample video interest on YouTube, racking up big streaming numbers on platforms like Spotify and Apple, and scoring early airplay at mainstream radio. 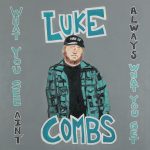