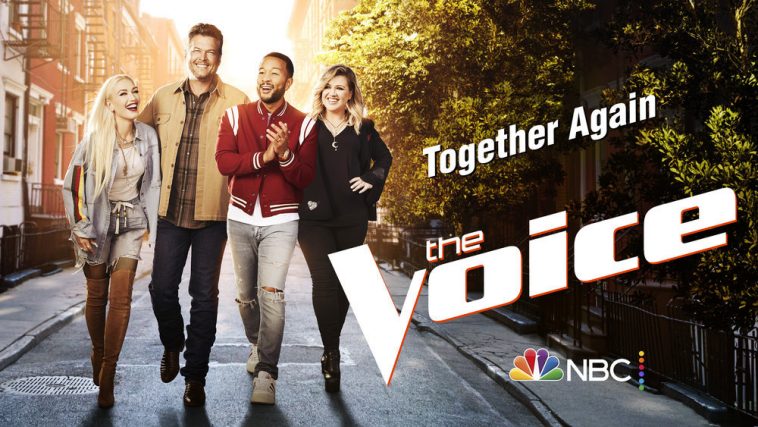 THE VOICE -- Pictured: "The Voice" Key Art -- (Photo by: NBCUniversal)

The daytime news-and-talk show, which has increased the profile of its guests in recent weeks, will welcome three noteworthy musical names on the October 12 episode.

According to official listings, Blake Shelton and John Legend will appear in support of the new “The Voice” Season. The episode will also feature a chat with Jon Bon Jovi, whose band just released a new album entitled “2020.”

Monday, October 12 – “The Voice” coaches Blake Shelton and John Legend on the new season, plus Jon Bon Jovi on his new album “2020” out now

Tuesday, October 13 – Lenny Kravitz on his new book Let Love Rule, plus Shannon Beador on the new season of “The Real Housewives of Orange County”

Thursday, October 15 – LIVE IN STUDIO, Tarek El Moussa, on the new season of “Flip or Flop” and his recent engagement, plus ”Younger” star Sutton Foster on why she’s teaming up with Cookie Monster from “Sesame Street”