Based on very early data, BLACKPINK’s “The Album” is on track to debut at #1 for US sales. 21 Savage & Metro Boomin’s “Savage Mode II,” however, looks like the safe bet to take #1 overall.

According to Hits Daily Double, “The Album” should sell 90-100K US copies this week. The inclusion of track sales and streams would yield an overall consumption total of 110-125K.

“Savage Mode II” will move a considerably lesser 14-17K in sales, but it will receive a far bigger lift from streaming. Hits eyes a total consumption total in the 170-195K range.

Projections for holdover releases are not yet available, but it is hard to imagine an existing album challenging “The Album” for sales or “Savage Mode II” for consumption. No other newcomer looks like a threat. 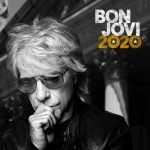