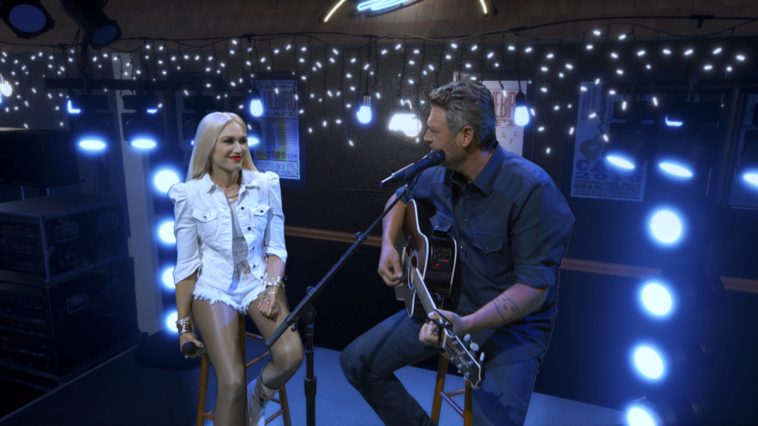 Gwen Stefani and Blake Shelton perform for the 55TH ACADEMY OF COUNTRY MUSIC AWARDS™. Hosted by Keith Urban, the 55TH ACM AWARDS™ will be broadcast Wednesday, Sept. 16 (live 8:00-11:00 PM ET/delayed PT) on the CBS Television Network, and available to stream live and on demand on CBS All Access. Photo Credit: CBS

On the whole, ratings for the 2020 Academy of Country Music Awards ceremony were down sharply from 2019. The drop is not without some justification – the show aired on a different night, at a different point in the year, in a different pop culture climate, and with the impact of social distancing. Still, a significantly reduced live+same-day number is never cause for celebration.

The show and its performers did, however, receive strong reviews. It also maintained a decent level of ratings consistency from start-to-finish.

Still, one segment stood tallest. It drew the highest overall viewership sum of the night, while tying for first place in the adults 18-49 demographic.

The 9-9:30PM half-hour, that segment, featured some of the night’s highest-profile performers. Blake Shelton and Gwen Stefani performed “Happy Anywhere” early in the half-hour, before Carrie Underwood took the stage for an epic tour through classic songs by the iconic women of country. Luke Combs followed with “Better Together,” and Tenille Townes delivered “Somebody’s Daughter.”

The half-hour closed with Gabby Barrett kicking off a performance of breakthrough hit “I Hope.”

The 9:30-10PM half-hour did, however, post the same 1.1 adults 18-49 rating. That segment included performances by Dan + Shay, Riley Green, Kane Brown, Maren Morris, as well as the start of Taylor Swift’s number.