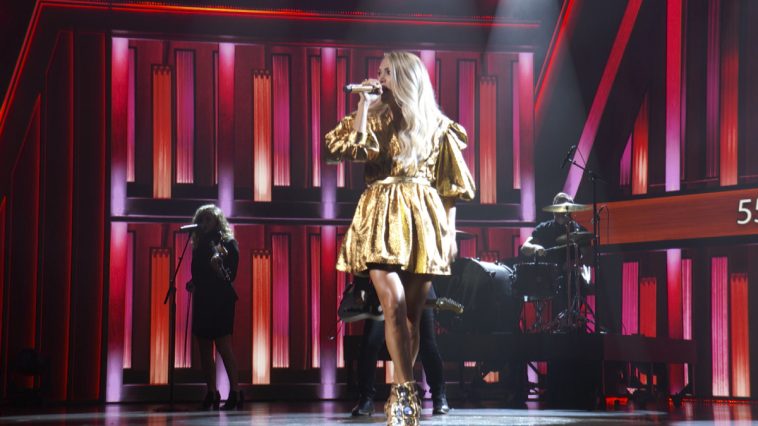 Carrie Underwood performs for the 55TH ACADEMY OF COUNTRY MUSIC AWARDS™. Hosted by Keith Urban, the 55TH ACM AWARDS™ will be broadcast Wednesday, Sept. 16 (live 8:00-11:00 PM ET/delayed PT) on the CBS Television Network, and available to stream live and on demand on CBS All Access. Photo Credit: CBS

For the first time ever, voting for the ACM Awards Entertainer of the Year trophy ended in a tie.

Keith Urban shared the news at the end of Wednesday’s three-hour ceremony, confirming that both Carrie Underwood and Thomas Rhett will share in this year’s top prize. Having previously won in 2009 and 2010, Underwood celebrated her third Entertainer of the Year distinction. Rhett was a first-time winner.

Other key winners included Luke Combs’ “What You See Is What You Get” for Album of the Year, Blake Shelton’s “God’s Country” for Single of the Year, and Old Dominion’s “One Man Band” for SOng of the Year.