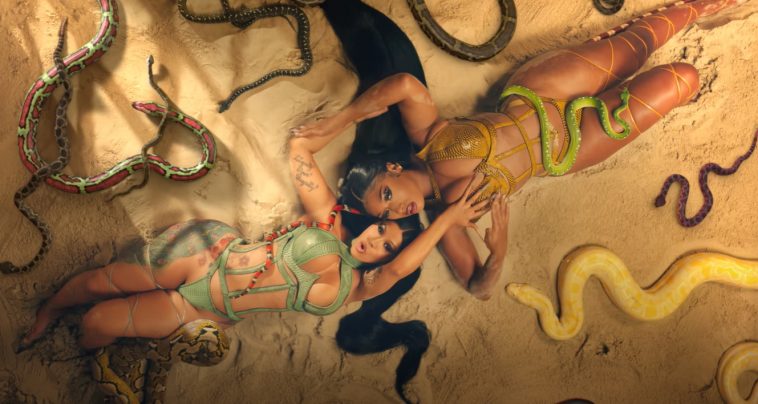 After spending the past two weeks at #2, Cardi B’s “WAP (featuring Megan Thee Stallion)” reclaims the throne on this week’s Billboard Hot 100 chart.

“WAP” continues its strength in the three Hot 100 component areas, retaining #1 for streams, rising to #2 for sales, and improving to #27 for radio. The song is celebrating a third week as the top overall song in America.

BTS’ “Dynamite,” ruler of the past two charts, declines to #2 this week. The song nonetheless retains #1 on Digital Song Sales, while becoming BTS’ first career entry on the all-format Radio Songs chart.