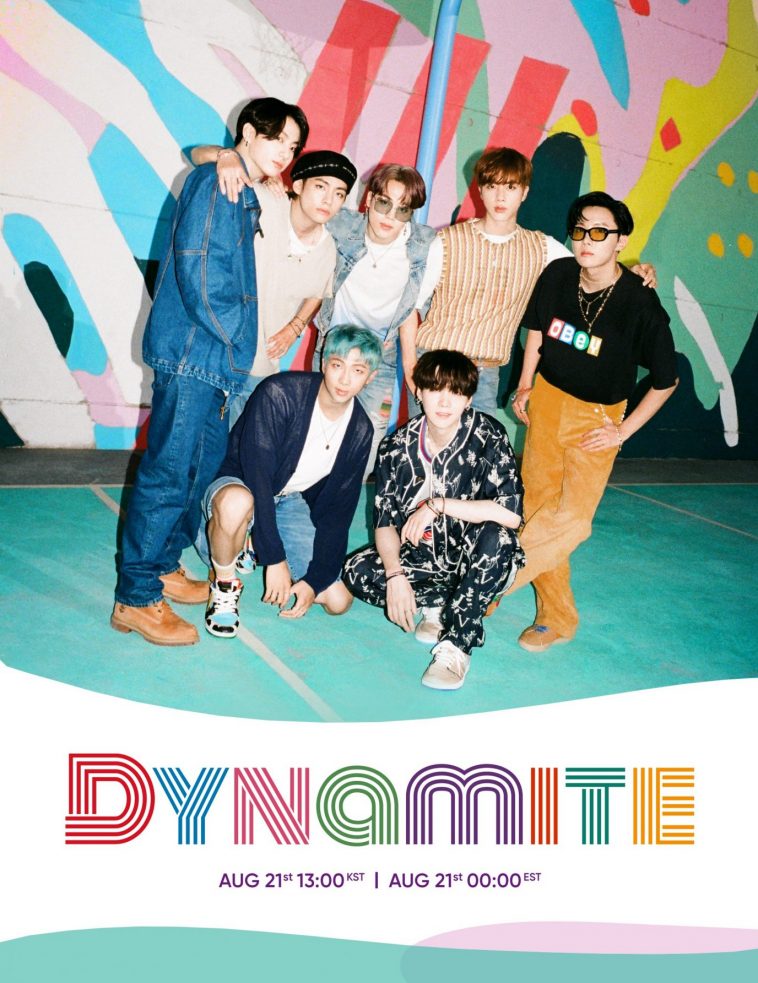 Over the past few weeks, Big Hit has been teasing BTS’ eagerly anticipated new single “Dynamite.”

In the final pre-release press announcement for the “upbeat disco pop song,” the entertainment group notes that BTS “sings of joy and confidence, treasuring the little things in life that make life truly valuable and special.”

The English-language single, which will receive major opening day airplay in the United States, is BTS’ way of bringing “much-needed ‘energy'” to the global community. BTS was not originally planning to release a new single this summer, but the interest in connecting with fans led to a change in plans.

Big Hit’s announcement also hypes the video, which features a combination of edgy and upbeat choreography as well as “simpler movements [that are] tastefully connected, allowing each member to sing and express themselves to their hearts’ extent.” The entertainment group promises vibrant and charismatic dancing on both group and solo bases.

Big Hit did not share a specific credit breakdown for the track, but it did note that contributors include David Stewart and Jessica Agombar. The two previously worked together on songs like Jonas Brothers’ “What A Man Gotta Do” and Hailee Steinfeld’s “I Love You’s.”

Both the audio and video for “Dynamite” will arrive at 12AM EDT/9PM PDT late Thursday/early Friday.