Update 2: As of press time at 2:59AM ET Saturday (just under 22 hours since its release), BLACKPINK’s “How You Like That” boasts 76.5 million views on the public YouTube view counter.

The public figure is unofficial and thus subject to audit and revision from the digital platform. If the number holds, however, it will establish a record for the biggest music video launch in YouTube history.

With two hours left in the window, “How You Like That” will of course have the opportunity to further buffer itself from a potential downward adjustment. BTS’ “Boy With Luv (featuring Halsey),” which held the record going into Friday, received 74.6 million views in its inaugural 24-hour frame.

It is unclear when (or even if) YouTube will release the final, verified number. No matter how things shake out, however, there is no denying that “How You Like That” made a colossal opening day splash.
====

Update: As its opening day draws to a close, BLACKPINK’s “How You Like That” continues to attract mammoth interest on YouTube.

As of press time at 1AM ET Saturday morning (20 hours into its release), the public view counter stands at a mammoth 71 million.

The public view number is subject to auditing and revision before going into the record books, but it seems safe to say that “How You Like That” delivered BLACKPINK’s biggest YouTube launch yet. “Kill This Love,” which previously held that distinction, amassed 56.7 million views in its first 24 hours.

Attention is now turning to whether “How You Like That” can set the all-time record for a music video. BTS’ “Boy With Luv (featuring Halsey),” the current record-holder, received 74.6 million views in its inaugural 24-hour window.
====

BLACKPINK’s “How You Like That” music video is unsurprisingly posting monster opening day numbers on YouTube. As of press time at 10PM ET (seventeen hours into its release), the video already boasts over 60 million views on YouTube.

The public view counter currently stands at 63.7 million views. The total already ranks as the biggest YouTube launch yet for the group, dethroning “Kill This Love.” Released last year, that video received a then-record 56.7 million views in its first twenty-four hours.

The public view count is unofficial, which means the number will be subject to revision before going into the record books. With seven hours still on the clock, however, “How You Like That” should be able to sufficiently buffer itself from any realistic downward revision – and indeed rank as the group’s biggest YouTube launch of all time.

For many within the BLACKPINK universe, the focus now turn to whether can post bigger opening day numbers than Taylor Swift’s “ME! (featuring Brendon Urie)” (65.2 million) and potentially even touch the record 74.6 million mark held by BTS’ “Boy With Luv (featuring Halsey).” 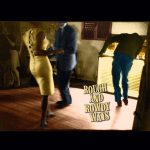