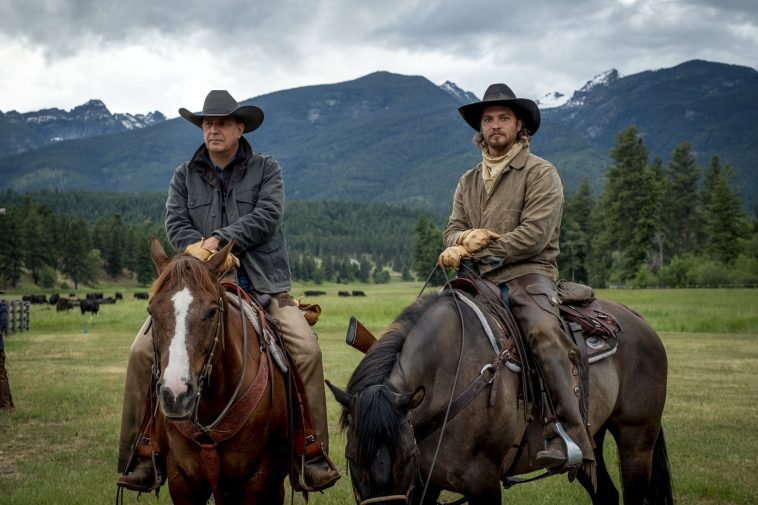 Suffice it to say, viewers were very excited for the return of “Yellowstone.”

“Yellowstone” meanwhile set a series high in adults 18-49, while ranking as Sunday night’s #1 overall show (broadcast or cable) in that demographic.

— The news was not, however, so positive for the ESPY Awards. Airing on ESPN and ESPN 2 and without a live audience, the show drew a combined 0.18 adults 18-49 rating and 0.48 million overall viewer (according to live+same-day data from Showbuzz). The viewership by far ranks as a record low for the ceremony, which had never gone below 1.98 million.

A pre-ceremony countdown drew a 0.08 rating and 0.22 million viewers on ESPN.

The ceremony had little chance of matching the past few years’ performances (last year’s show drew 3.87 million viewers), as those ceremonies all aired on the ABC broadcast network. Still, the ceremony was also down sharply from the last time the ESPYS aired as a cable exclusive.

Granted, there were numerous factors at play. The lack of recent live sports activity, coupled with the fact that the “ceremony” consisted of pre-produced video segments rather than a live theater show, dampened the “must-see” feel. The absence of a traditional ceremony also adversely impacted media attention and overall buzz.

The Father’s Day airing presumably could have had an impact, although as the “Yellowstone” ratings indicate, plenty of people were still watching TV. Recent ESPYS ceremonies have aired later in the summer.

The heavy emphasis on social/world issues will likely drive different opinions. On the one hand, it clearly did not translate into big ratings. On the other hand, many will laud ESPN and the athletes for using the platform to confront timely topics. Past ESPYS ceremonies have famously included human-centric topics and segments, but recent events played a particularly defining role in this year’s show.