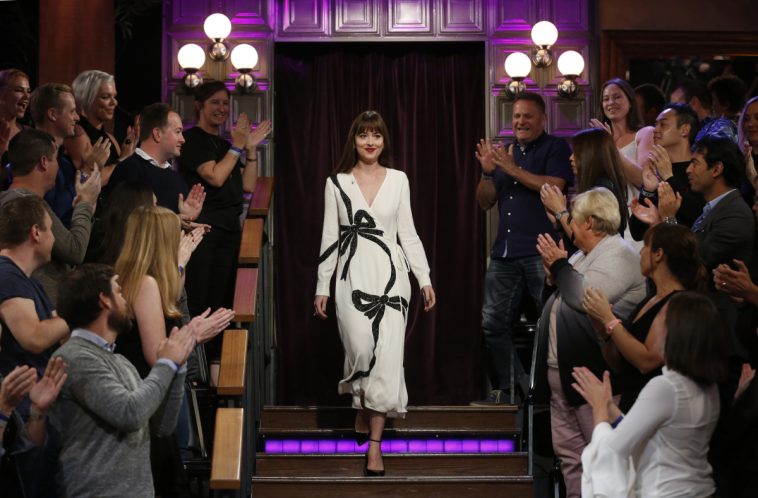 Update: Like its late-night peers, “The Late Late Show With James Corden” has updated lineups in the wake of recent events.

There were some changes made to the June 1 and 2 broadcasts, and the show has also confirmed new guests for June 3. Instead of the previously advertised Dakota Johnson and Eric Garcetti, the episode will now feature a remote chat with Val Demings and a performance by M. Ward.

CBS has not yet announced makeup dates for the Garcetti and Johnson appearances.
====

“The Late Late Show With James Corden” will resume its garage edition episodes next week, and one of the upcoming installments will feature Dakota Johnson.

According to CBS, the actress will appear for a remote interview on the Wednesday, June 3 “Late Late Show.” The episode will also feature an appearance by Los Angeles mayor Eric Garcetti.