As the May 8-14 tracking period draws to a close, 6ix9ine’s “GOOBA” is making a final statement about its impact.

The song hit #1 on the US iTunes sales chart Thursday afternoon, and it remains in that position as of press time at 6PM ET. “GOOBA” seized the throne from Ariana Grande & Justin Bieber’s “Stuck With U,” which has ruled the chart since launching last Friday.

Although little public sales and streaming data is available at this point, many observers assume the race for #1 on the Billboard Hot 100 will come down to “GOOBA” and “Stuck With U.” “GOOBA” has been posting big numbers on streaming platforms, but “Stuck With U” has a dominant advantage on the radio front and still ultimately appears to have the clear sales lead.

Enduring hits like “Say So,” “Blinding Lights” and “Savage” should also land near the top of the chart. Key chart positions will be revealed on Monday, May 18. 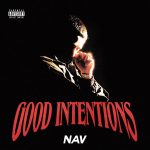