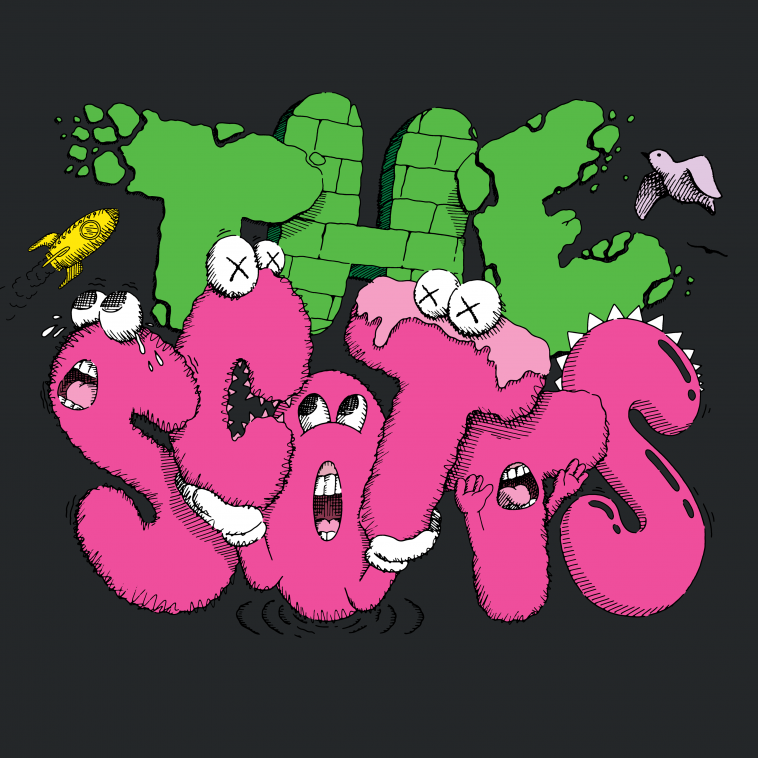 THE SCOTTS - Cover courtesy of Epic Records (art by KAWS)

A new release from Travi$ Scott and Kid Cudi was always going to attract attention, and the showcase afforded by Scott’s recent ASTRONOMICAL Fortnite Event only amplified the impact.

As a result, their collaborative “THE SCOTTS” debuts at #1 on this week’s Billboard Hot 100 chart.

In addition to ranking as the #1 overall song in America, “THE SCOTTS” also rules for sales and streaming. It also received a non-trivial (though comparatively lesser) boost from radio activity.

“THE SCOTTS” is the third Hot 100 chart-topper for Travi$ Scott and first for Kid Cudi.

Up ten places, Megan Thee Stallion’s “Savage” grabs #4 — in the process becoming the artist’s first Top 5 hit. In addition to growing buzz, “Savage” benefited from the late-week release of a Beyonce remix. (But with the original contributing the majority of this week’s point, Beyonce is not yet credited on the chart entry)