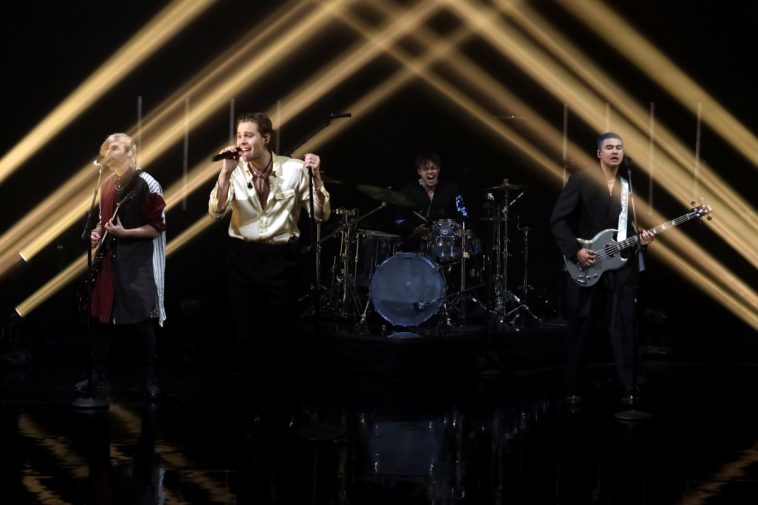 Due to the host undergoing surgery, two of this past week’s “Late Late Show With James Corden” episodes did not air as planned. That means fans did not get to see previously advertised performances by 5 Seconds of Summer and Machine Gun Kelly & Travis Barker.

They will have the chance this coming week. CBS has officially confirmed that 5SOS will perform on the May 4 episode, while MGK and Barker will play the May 6 broadcast. Other upcoming musical guests include Barry Manilow on May 5 and Ellie Goulding on May 7.

The performances, like all celebrity appearances during the pandemic, will be via remote video. Corden will be broadcasting segments from his garage.