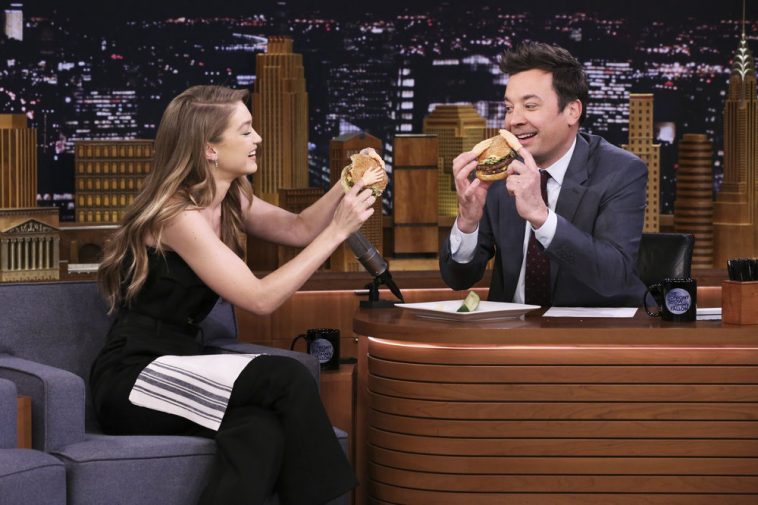 The episode will now feature Vince Vaughn and Gigi Hadid as video interview guests and Maluma as a remote musical guest. Previously advertised performer Thom Yorke will now be performing on April 29.
====

NBC has confirmed the guest lineup for the final “Tonight Show Starring Jimmy Fallon” of April 2020.

The April 30 episode, another “At Home Edition” of the popular talk show, will feature appearances by Seth MacFarlane, Gigi Hadid and Thom Yorke. The network has not provided an explicit breakdown of each guest’s role, but it seems likely to expect a performance from Yorke. MacFarlane and Hadid will be interview guests.