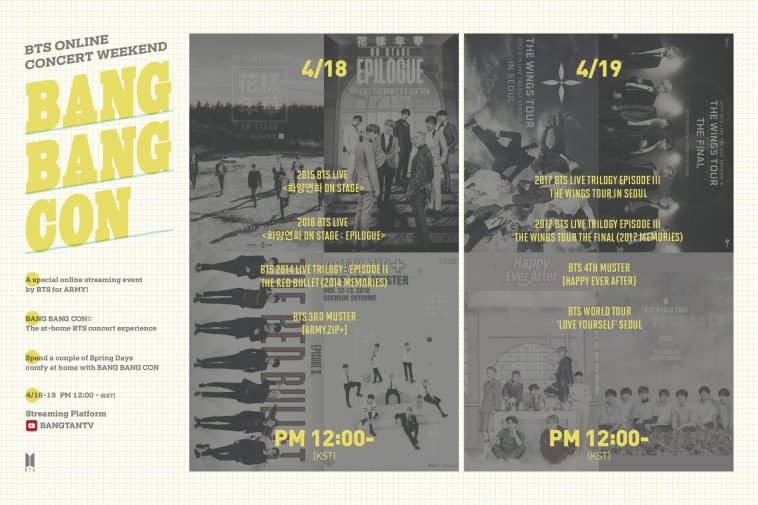 To offer fans an engagement opportunity during today’s period of social distancting, BTS held its “Bang Bang Con” virtual series this weekend. The near-24 hour streaming event offered fans the chance to enjoy a plethora of past BTS performances and other content from the comfort of their homes.

On the heels of the “untact” event, Big Hit Entertainment shared some key statistics.

The virtual convention, notably, amassed 50.59 million total views. At its peak, it was reaching a concurrent audience of 2.24 million. Not simply passive viewers, audience members interacted socially, leading to 6.46 million in hashtag engagements between WeVerse and Twitter.

“Big Hit Entertainment applied a technology that changes the color of the light stick depending on the audio signal of the video when linked in Bluetooth mode, in such a way that viewers who tuned in via community platform Weverse felt as if they gathered in one place and cheered together,” details the entertainment group regarding a special “BANG BANG CON” engagement feature.