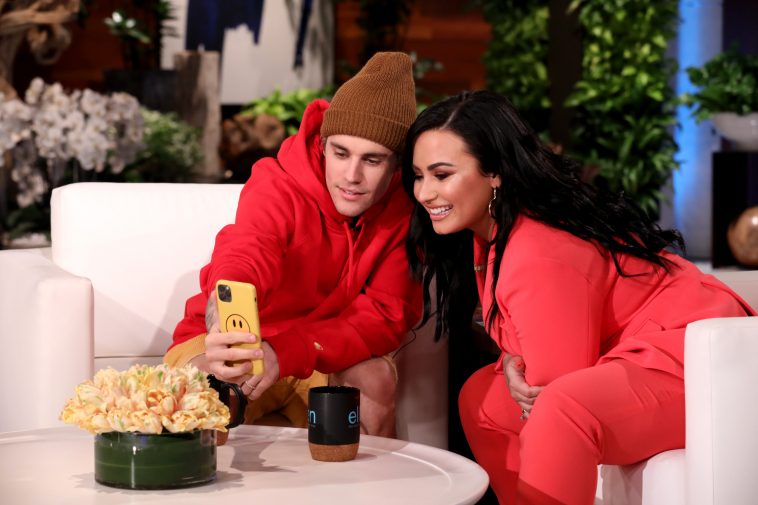 Thursday, Demi Lovato appeared as an interview guest on “The Ellen DeGeneres Show.”

Friday, she leads the show as a guest host.

Indeed, Demi Lovato takes center stage for the broadcast. In addition to engaging with the audience, Lovato welcomes Justin Bieber as an interview guest. Lovato discusses the inspiration she drew from Bieber during her recent struggles; she also chats with the fellow pop star about his marriage.

Not simply there for the interview, Bieber additionally goes undercover on the “Friends” set.

Set to air this afternoon, Friday’s “Ellen” also features a chat with Megan Mullally and a performance by Jhene Aiko, Miguel and Future. Initial videos and photos follow: