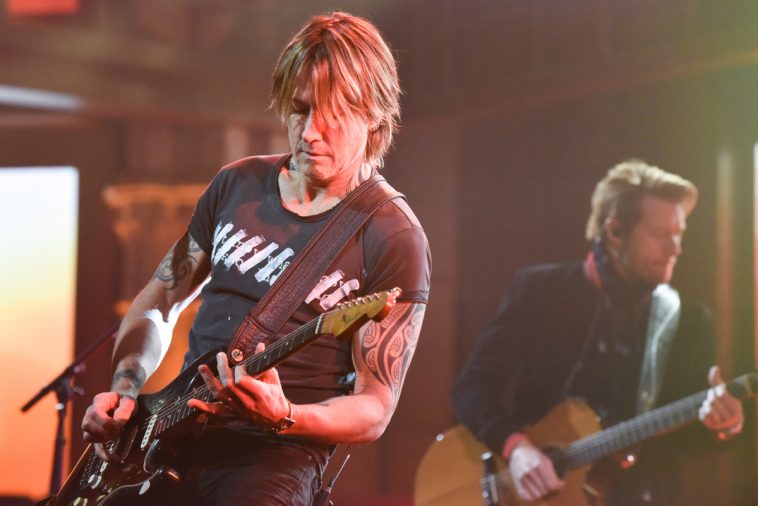 Last week, Keith Urban released a new song called “God Whispered Your Name.” The artist, moreover, announced that he would be hosting the ACM Awards this April.

On the celebratory heels of both announcements, Keith Urban pays a visit to “The Late Show With Stephen Colbert.”

Urban chats on Thursday’s edition of the CBS late-night talk show. He also takes the stage for a performance.

Taped in advance, Thursday’s “Late Show” also features an interview with Casey Wilson. It will begin airing at 11:35PM ET/PT on CBS.

Ahead of the airing, the network shared photos from the taping: