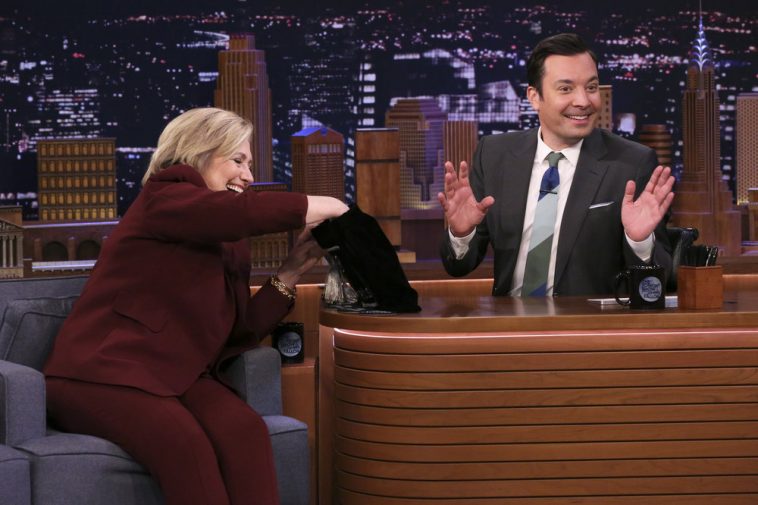 Clinton appeared as the lead interview guest, chatting about a variety of topics and playing “Bag Of Secrets.” Schnapp’s interview touched on the upcoming fourth season of “Stranger Things.”

Clinton supports her new Hulu documentary “Hillary” as the lead interview guest on Wednesday’s episode. Along with the discussion, said interview segment includes a “Bag of Secrets” bit.

In addition to the Hillary Clinton appearance, Wednesday’s “Fallon” features a chat with Noah Schnapp. It additionally boasts a performance by Jane Birkin and Iggy Pop and a political comedy segment in which Jimmy Fallon portrays both Joe Biden and Bernie Sanders.