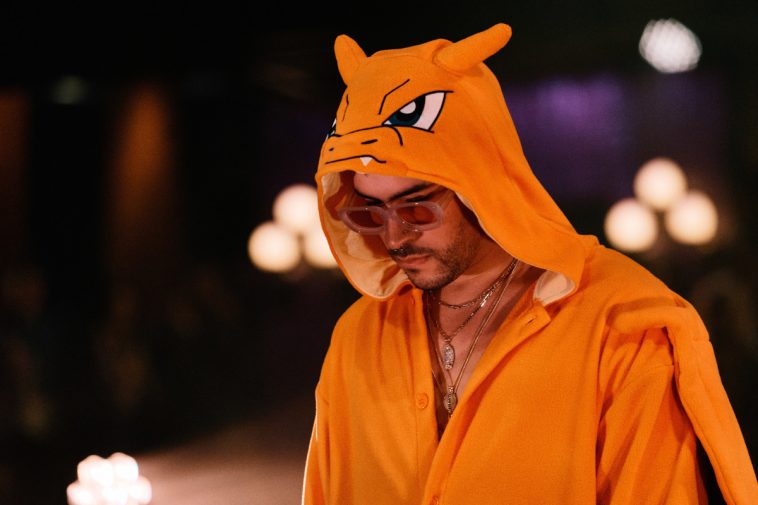 This past weekend, Bad Bunny released his new album “YHLQMDLG.” The album is already posting impressive streaming numbers, and it is about to receive another potential momentum boost.

Not simply there for a performance, Bad Bunny also appeared in a segment with Corden and discussion guests Martin Freeman and Pete Holmes.

The episode began airing at 12:35AM on the east coast – and will air at that time on the west coast. Video highlights will be posted upon availability.

For now, enjoy photos from the taping: