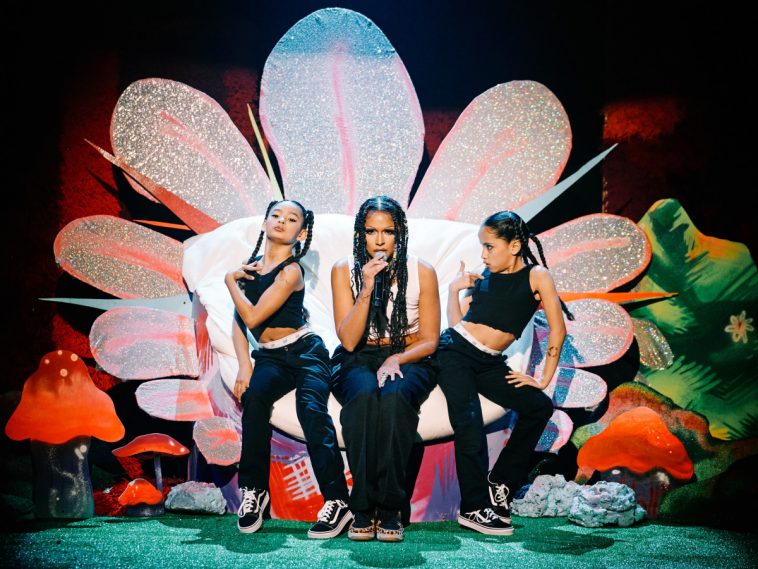 Wednesday’s edition of “The Late Late Show With James Corden” closed with a noteworthy musical performance.

The performance came from buzzy artist Princess Nokia, who was making her “Late Late Show” debut in support of the dual “Everything Sucks” – “Everything Is Beautiful” album release.

Prior to the performance, Corden welcomed Dave Bautista and Cedric The Entertainer for a discussion.

The episode began airing at 12:35AM on the east coast – and will start at the same time on the west coast. Video highlights from the episode will be posted upon availability; photos are already below: