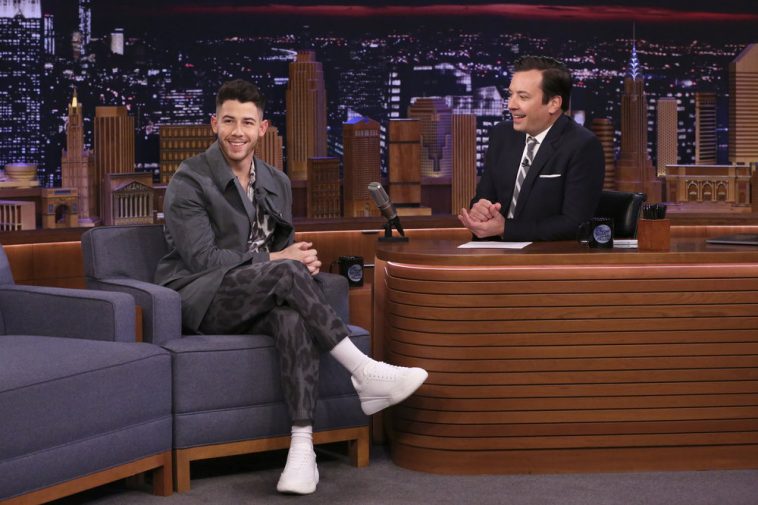 Over the past two nights, NBC has aired “The Voice” episodes with new coach Nick Jonas.

The Jonas Brother participates in an interview during the broadcast. He and Fallon also partake in a game of “Slay It, Don’t Spray It.”

Taped in advance, the broadcast additionally features an interview with Steve Coogan and a performance by the “Girl From The North Country” cast. It will begin airing at 11:35PM ET/PT, and videos will be posted below upon availability.