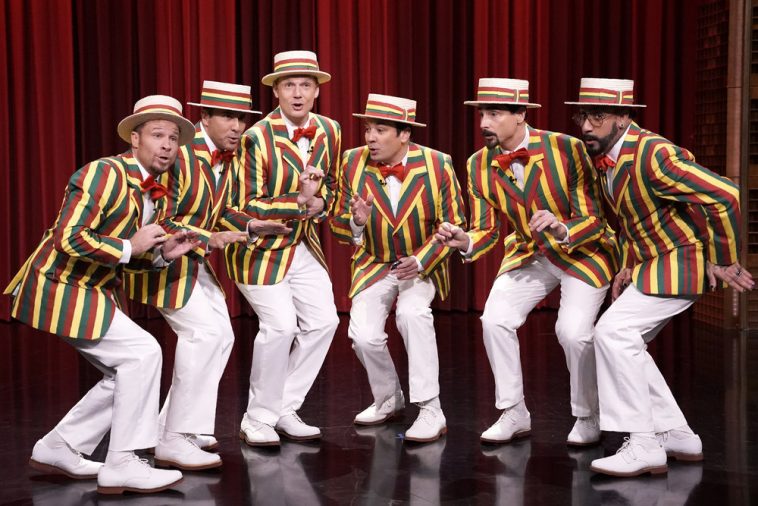 In addition to chatting with Fallon, the iconic boy band performed a “Ragtime Gals” version of “Thong Song.” A video of that segment follows; interview highlights will be posted upon availability.

The group celebrates its new tour announcement by chatting with Fallon. Not simply there for a discussion, the five members also participate in the recurring “Ragtime Gals” segment.

Taped in advance, Tuesday’s “Fallon” also features an interview with Constance Wu and a performance by Skip Marley and H.E.R. It airs at 11:35PM ET/PT on NBC.

Ahead of the broadcast, NBC shared photos from the taping: